On October 29, 2012, Hurricane Sandy made landfall in New Jersey and swept up the East Coast causing major damage in New Jersey, New York, and Connecticut. At the time, Sandy was the second-largest Atlantic storm on record, following behind only Hurricane Katrina which had ravaged the Gulf Coast in 2005.

In 2017, following Hurricanes Harvey and Maria, Sandy was bumped to the fourth-largest storm in history. Harvey caused widespread damage in Houston. Maria devastated Puerto Rico. Hurricane Irma, which hit Florida in September 2017, also wreaked havoc on homes and businesses. According to the Texas Tribune, the five hurricanes resulted in the top five most costly hurricanes on record. 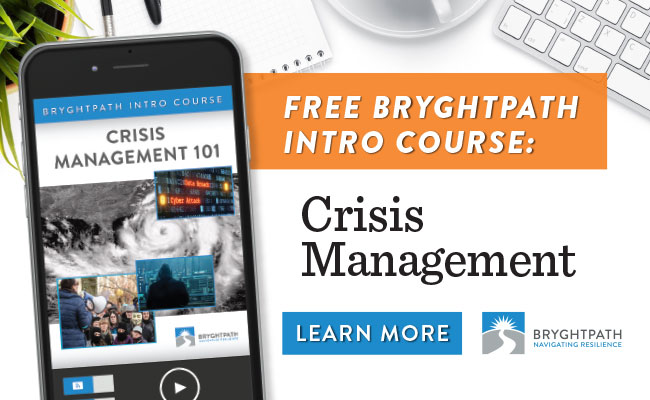 Hurricane Sandy was felt in 24 states and caused heavy snowfall in West Virginia and the Appalachian Mountains. More than 23,000 people sought emergency shelter and more than 8.5 million customers were left without power for days. Roads and tunnels were flooded, and transportation corridors were blocked and paralyzed.

The storm damaged or destroyed thousands of homes and businesses and killed at least 162 people in the U.S. Despite storm preparations for days before Sandy hit, and the use of an online crisis management system to coordinate federal response efforts, the Federal Emergency Management Agency (FEMA) which operates under the Department of Homeland Security (DHS) reported that “the scale and severity of the storm created significant challenges regarding restoration of power and transportation systems, fuel availability, and housing.”

Overall losses caused by Hurricane Sandy came to around $50 to $60 billion, making it one of the most destructive storms ever. It behooves everyone who suffered any loss to consider what was done well, and what needs to be done better for the future.

FEMA issued a comprehensive FEMA Hurricane Sandy After-Action Report for future crisis management teams in general. It is nearly 50 single-spaced pages and lists many of its own strengths in managing the recovery process. It also identifies areas in which it found that FEMA needs improvement.

Other organizations have also taken a look back at what worked and what did not work so well, specifically concerning small and medium-sized businesses. They have offered advice of what businesses can learn from Hurricane Sandy for establishing their own crisis management procedures in preparation for future disasters.

Hurricane Sandy left many small businesses struggling to survive. The U.S. Chamber Foundation’s Business Civic Leadership Center estimated that between 60,000 and 100,000 businesses on the East Coast were negatively impacted in some way by the hurricane.

Approximately 30 percent of the negatively impacted businesses were expected to fail within the upcoming months. It was estimated that there would be at least $20 billion in business losses, which did not include expected claims for flood damage.

Five months after the hurricane hit, the Small Commercial Insurance section of The Hartford surveyed more than 450 small business owners about their experiences and losses caused by Sandy. The responses revealed that:

A majority of small businesses were unprepared for the hurricane. Only 25 percent had back-up codes for their critical programs and data. Only 20 percent had done any preparations for their physical building. Almost all business owners suggested that they and their fellow business owners should review their property and business insurance policies to be sure they have the coverage they may need for the future.

These staggering losses should inspire all business owners, no matter how small or large their business, to make sure they have a crisis management plan in place. Some major elements of the plan should include the following:

If you can, help them recover after the damage is done. Help with providing basic necessities like food and shelter. Providing daycare may help your employees return to work faster than they could otherwise. If their homes are damaged, direct them to trusted contractors who can prioritize the repairs they need. A business may find its company can provide these benefits quicker than private relief organizations can.

Providing this extra care for your employees is not cheap, but the return on your investment may be worth it. By helping your employees recover, they will return to work and help the business recover.

Have a communication plan in place. One critical component of disaster response and recovery plan is communication. Businesses need to have plans to receive emergency notifications without relying on landlines. Owners need to realize that old methods do not work.

Prior to Sandy, the most common emergency warning procedure was through the use of reverse 911 which would allow the city to send a recorded message to landlines warning people of the imminent danger. Even eight years ago at the time of Sandy, a study found that most students, those who have low incomes, and the military used exclusively mobile devices for communication, thus making landlines almost obsolete.

Municipalities sent more than 10 million warning messages during Hurricane Sandy. Only 10 percent of those were sent by short message service (SMS) to mobile phones, and 20 percent were sent via email. A business communication plan should include a provision for using multiple channels of communication to be sure the critical alert information reaches its intended recipient.

Another problem that occurred is that the hurricane caused 25 percent of cell phone towers to lose power which resulted in many cell phones being unusable. Satellite phones are an option to use for back-up communication devices. There must be mechanisms available to keep those phones charged.

Develop a business continuity plan.  FEMA has developed a general “Hurricane Toolkit” for businesses that include topics such as how to prepare your structure to topics on how to how to prepare your employees. It emphasizes the importance of having a business continuity plan. This will begin by defining the “roles and responsibilities of each team member.”

Companies should establish chains of command for decision-making. The plan should have provisions for an employee to be empowered to take action when there is no one higher in the chain available. There are times when there is no time to wait for a decision. The sooner decisive action is taken, the faster the business may be able to recover.

A business recovery plan will have provisions for allowing employees to work at home when they are unable to get to the worksite due to blocked roadways or other problems keeping them from getting to the physical structure.

Other questions business owners should ask themselves when developing this continuity plan include:

Establish alternate data center recovery sites. Hurricane Sandy destroyed primary data centers in New York and back-up centers in New Jersey. With most data being saved to the cloud, the danger of losing data is not as much of a threat as it once was. Business owners must check with their cloud service providers to be sure they understand what is offered in terms of disaster recovery. As one expert has cautioned, business owners “assume cloud data is available. They need to know for sure they can get their data and their apps, not to mention when they can access them.”

Learn from mistakes. When the insurance money comes, and it is time to rebuild, business owners need to assess the damage and determine what they can do to avoid the destruction they just experienced. This might mean technical changes to data storage, upgrading equipment, or using different vendors. It may be time to call in a professional crisis management team to prepare for the next disaster.

Our experts at Bryghtpath have built, implemented, and managed the crisis management processes used by many Fortune 100 firms, as well as small to medium enterprises around the globe. Learn more about our approach to Crisis Management in our Ultimate Guide to Crisis Management.

We’d love to talk with you about how you can leverage our experiences and knowledge to improve your organization’s resilience. Drop us a note via our contact page or give us a call at +1.612.235.6435. We’d love to help!

Engaging your Board of Directors on your Crisis Communications Strategy
Next Post: Engaging Your Remote Workforce